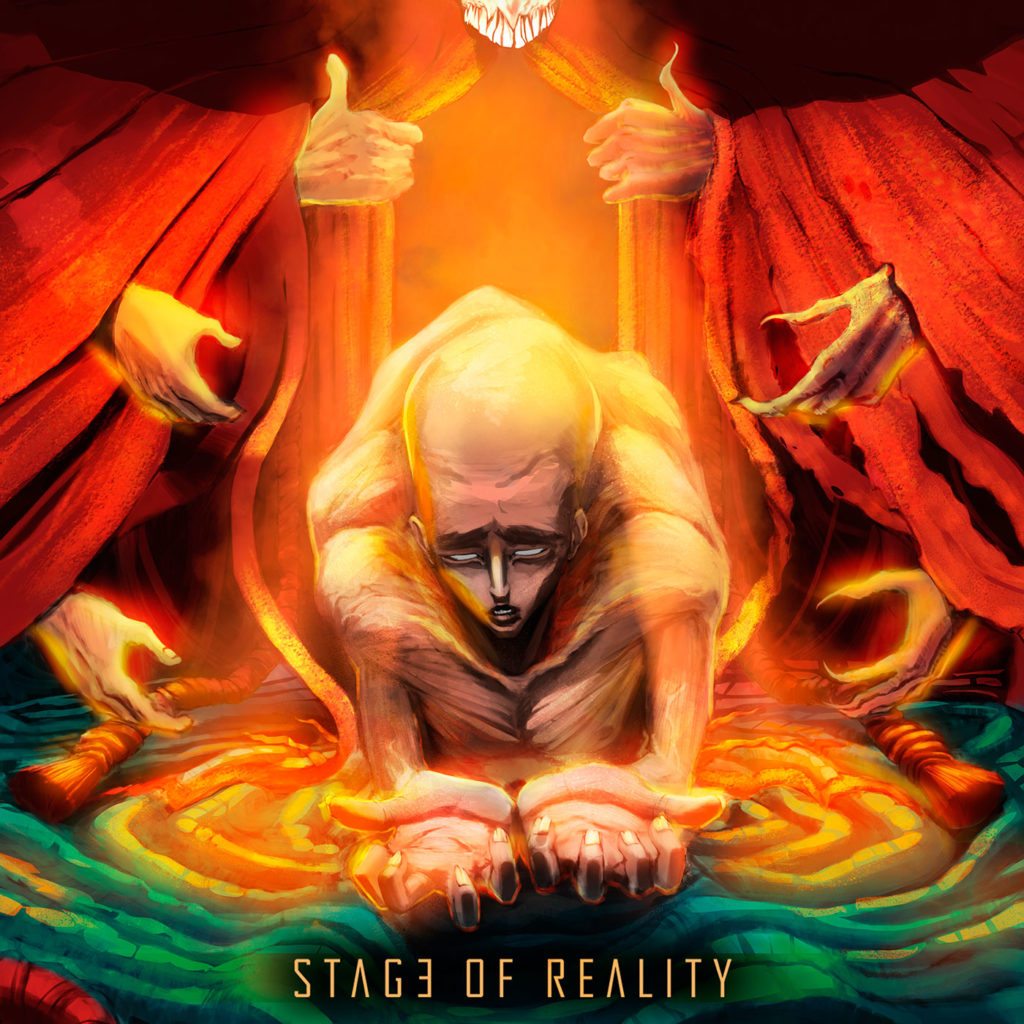 What is real? Is the everyday life or maybe is the representation we give of it when we are on the stage? Or else, is life itself a stage on which we forcedly wear masks trying in vain to hide our fragility? The answer is not given, but keep questioning and make others question themselves is the aim of the brand new album: STAGE OF REALITY.

Each of the eleven songs (ten original compositions + one cover) depicts the sense of frustration and alienation of the human beings caused by a twisted perception of their inner selves and of the reality surrounding them. The lyrics tell stories about people who sold their dignity for greed or despair, abuse of power, pitiless warlords, hopeless old men living on the verge and, moreover, deal with some of the most obscure episodes in the Italian chronicle, such as a suicide committed by a young man from Milan and the Stefano Cucchi case.

“Stage of reality” represents the very turning point in the band’s approach to composition and writing. Unlike “The breathing machines”, entirely written by the guitarist Andrea Neri, this album is the result of a collective work to which all the members contributed.
Darker tones and a more aggressive sound set this album apart from the precedent, but the fusion between alternative rock and progressive metal remains the distinguishing mark of the band. Complementarity is the key of the composition process: the violent rhythmical patterns of the drummer Daniele Michelacci and the bassist Marco Polizzi meet the clear and powerful voice of the new singer, Damiano Borgi, whilst guitar lines are studied to give both Andrea Neri and Bernardo Nardini space to enlighten their peculiarities.
For all these reasons, the choice of a self titled album was necessary. STAGE OF REALITY is a definition of identity but also the work which introduces the band to the public directly and authentically.
The album has been preceded by the singles “Dignity” and “Never”. A third single, “Spectral drum down”, will follow the release. STAGE OF REALITY is also enriched by the participation of two great artists: Blaze Bayley (Iron Maiden, Wolfsbane) and Amanda Somerville (Avantasia, Epica, Kiske/Somerville, Trillium). Bayley will perform “Warlord”, whilst Amanda will give her voice to the cover “Back to black” by Amy Winehouse.